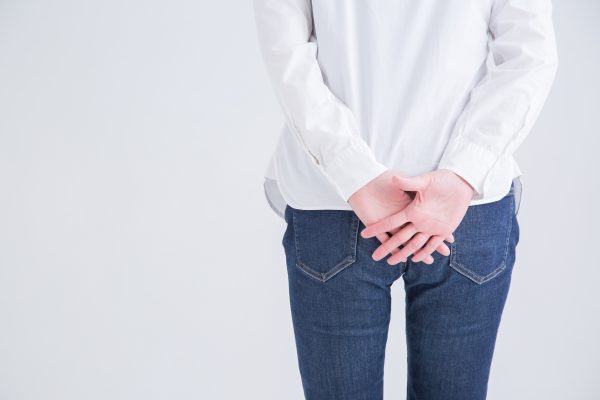 “Fissures are strongly associated with constipation and pelvic floor disorders like anismus because people who have fissures often delay bowel movements in anticipation of pain and discomfort.”

Fissures occur most often in infants and toddlers due to straining associated with difficult to pass, hard stools but can occur in all populations. Other people that are more at risk of developing fissures are the elderly, post-partum women, and those with constipation-predominant IBS.

Symptoms of a fissure may include:

Fissures are also strongly associated with constipation and pelvic floor disorders like anismus because people who have fissures often delay bowel movements in anticipation of pain and discomfort. Fissures can develop because of dehydration, which leads to constipation and hard stool that’s difficult to pass. Subsequent bowel movements become painful because of the fissure, so people are more likely to hold stool in, leading to a vicious cycle of harder, more painful stools, which can ultimately cause pelvic floor disorders.

Preventing constipation and encouraging regular bowel movements are important steps in treating a fissure. The longer stool remains in the colon the harder it becomes and the more difficult it is to pass.

If you have a fissure, creating stool that is soft enough so it’s easy to pass is very important in not only allowing your fissure to heal, but also in preventing future fissures from re-occurring. Increasing dietary fiber, psyllium husk powder (or capsules), and drinking more water are all helpful in creating soft, easy to pass stools.