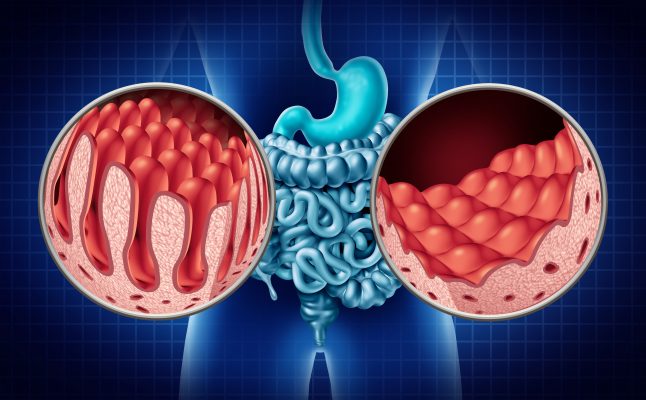 “Beware of gluten-free foods filled with processed carbohydrates that are low in nutrients and terrible for your digestive tract.“

The distinction between these disorders can be tricky, even for those in the medical community who diagnose and treat gluten-related disorders daily, and our knowledge of these conditions and the science behind them are changing rapidly.

Celiac disease is an autoimmune disorder that damages the lining of the small intestine because of eating gluten. People with celiac disease can have a wide variety of non-specific symptoms, autoimmune phenomena, or occasionally be asymptomatic. Those who are genetically predisposed are more likely to develop the disease.

Wheat allergy is a common food allergy in children but can also occur in adults. With wheat allergy, the immune system reacts to wheat by making immunoglobulin E antibodies, and causes skin irritation, although not everyone with a wheat allergy will have symptoms when they eat wheat.

In celiac patients, because of frequent exposure to gluten, the intestinal villi become flattened and are unable to absorb nutrients properly, especially nutrients absorbed in the upper part of the small intestine such as iron, magnesium, calcium, and the fat-soluble vitamins A, D, E and K. When substances aren’t properly absorbed, there’s additional fermentation by bacteria, leading to bloating and diarrhea—although constipation can also occur.

There is an enormous range of signs and symptoms associated with celiac disease, which can include:

Celiac disease is an autoimmune disorder and is associated with chronic inflammation that can affect many different parts of the body. In addition, some conditions carry an increased risk of developing celiac disease because of genetic predisposition.

Conditions related to celiac disease include:

There is accumulating evidence to suggest that epilepsy, bipolar disorder, and schizophrenia may also be exacerbated by gluten in some susceptible individuals.

Signs and symptoms of wheat allergy include skin irritation in the form of bumps, rashes, and itching.

It may sound odd, but a celiac diagnosis can be good news. Individuals often suffer for years with no answers as to why they feel so poorly and have deteriorating health. When the diagnosis is finally made, it can feel like a light at the end of the tunnel, as well as validation that their symptoms are real—something that doctors along the way may have doubted.

The following tests are used to diagnose celiac disease:

Other tests that can help diagnose celiac disease:

There is no specific blood test to diagnose gluten intolerance. Instead, the diagnosis is made on clinical grounds based on the response to withdrawing gluten from the diet, and/or reproducing symptoms by reintroducing it (also known as a gluten free diet or GFD). A few studies have shown that some gluten sensitive patients may also have positive anti-gliadin antibodies but that is not a reliable test for diagnosing gluten sensitivity.

If you have a wheat allergy, your immune system reacts to wheat by making immunoglobulin E antibodies, which can be measured by a blood test. It can also be diagnosed by injecting wheat under the skin. Bumps, redness, and irritation that occur within 15 minutes signify a positive test.

Eating a GFD treats all gluten-related disorders, including celiac disease, gluten sensitivity, and wheat allergy. If you have celiac disease, it can take several months for the changes in your small intestine to normalize and symptoms to improve once adopting a GFD. In rare cases, someone with celiac disease can have symptoms that don’t improve despite eliminating gluten, and prescription medications may be needed. Studies show that even with a GFD, individuals with celiac disease are often exposed (multiple times monthly for some) to gluten unknowingly and suffer symptoms. These exposures occur most often while eating out at restaurants and other people’s homes, so being mindful while eating in these settings is important.

Is a GFD necessary?

Complete avoidance of gluten is necessary if you have celiac disease. Even if you’re completely asymptomatic, ongoing exposure to gluten can cause progressive damage to your small intestine, increasing your chances of developing cancer and other related conditions and making it more likely that you’ll eventually develop symptoms. If you have gluten sensitivity, your symptoms should be your guide. Gluten sensitive individuals who eat gluten on occasion do not show signs of permanent damage in the small bowel or other organs, although some researchers have raised concerns about neurological damage in gluten-sensitive people who continue to be exposed. If you have a wheat allergy and experience symptoms when you eat wheat, then you should avoid it. If you don’t, then you can have it.

GI symptoms may persist in patients with celiac disease even after years of following a GFD because of ongoing abnormalities in their microbiome. These microbe-associated symptoms may still be present even after small bowel mucosal changes and blood work have normalized, so going gluten free may not be enough. Because these lingering symptoms are due to the microbial makeup in the gut, if you have celiac disease, paying attention to your gut bacteria may also be an important part of controlling your symptoms. In repopulating your microbiome, focus on eating a high-fiber mostly plant-based diet, and avoid unnecessary antibiotics. Taking a good probiotic that contains Bifidobacterium lactis, also known as Bifidobacterium animalis, which is a bacteria found in the large intestines may also be helpful. It has proven to protect epithelial cells from damage by gluten in people with celiac disease.