Reflux, also referred to as acid reflux or gastroesophageal reflux disease (GERD), is the back-flow of food and/or acid from the stomach up into the esophagus. 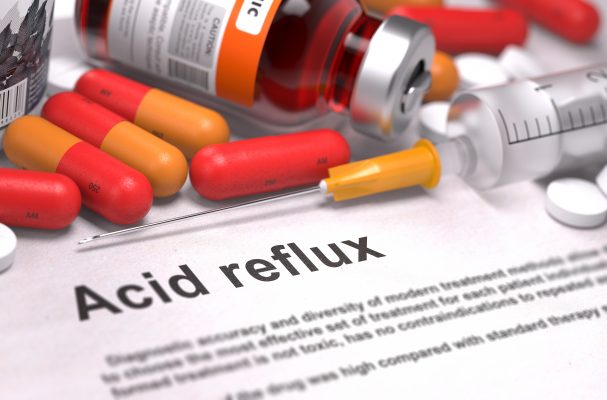 “Reflux symptoms are your stomach’s way of telling you that you’re doing something it doesn’t like. Addressing the root cause, not blocking stomach acid, is the best solution.“

Acid reflux happens when the valve between the esophagus and stomach, that should be shut tight when food isn’t passing into the stomach, opens inappropriately, allowing partially digested food and acid to enter the esophagus. In infants, the valve between the esophagus and stomach sometimes isn’t fully functional at birth, which can lead to acid refluxing up from the stomach into the esophagus, causing heartburn and spit up after eating. Reflux in adults, children, and infants may develop into a more serious condition known as gastroesophageal reflux disease or GERD. GERD is characterized by chronic reflux symptoms and/or esophageal tissue damage due to recurring exposure to stomach contents, including food particles and stomach acid. Although GERD does not always lead to more serious complications, it can be a precursor for esophagitis and a pre-cancerous condition called Barret’s esophagus.

Symptoms of reflux include:

Symptoms of GERD include:

Symptoms of reflux/GERD in Children & Infants include:

Causes of reflux/GERD include:

Causes of reflux and GERD in infants are often due to a digestive system that is not fully developed. In infants, the valve between the esophagus and stomach sometimes isn’t fully functional at birth, which causes the valve to open and allows stomach contents to backflow into the esophagus.

Non-complicated reflux is usually a clinical diagnosis based on typical reflux symptoms such as burping, regurgitation, and chronic heartburn. If you believe you may have GERD and are experiencing more serious symptoms, your doctor may recommend the following tests:

Keep in mind that the barium swallow and EGD are tests that look for alterations in the esophageal tissue caused by damage from stomach contents, yet in many reflux and GERD patients no tissue alterations occur. Therefore, these tests are not a definitive way to confirm or deny a diagnosis of reflux or GERD.

Acid-blocking drugs are the most common treatment for reflux and GERD and include over-the-counter antacids, H2 receptor antagonists, and proton pump inhibitors (PPIs). PPIs might bring significant relief, but that sometimes comes at a hefty price, putting you at risk for the following complications:

Lifestyle modifications are the most effective way to improve reflux and GERD, while still promoting a healthy microbiome. Try these lifestyle adjustments to treat your reflux symptoms:

Usually, the simplest and most effective treatment for reflux is to give your baby small frequent feedings and keep them upright for at least an hour after. Unfortunately, parents are often given prescriptions for acid suppression medications instead – a particularly egregious practice in babies, whose precious microbes are just blossoming. Those children often experience upper respiratory tract infections, which lead to antibiotics on top of the acid suppression, setting them up for a lifetime of problems. Be vigilant about researching and questioning every recommended pharmaceutical intervention for you and your family, and don’t assume that the outcome will be better health.