These days having a colonoscopy is no easy feat. In addition to the usual inconvenience of a clear liquid diet the day before and a bowel prep to clean you out (thoroughly!), most endoscopy centers now require a negative COVID test a few days before your procedure, and then self quarantine until your procedure is completed. That has lots of people wondering whether the hassle – and risk – is really worth it. Over the last few weeks I’ve spoken with a few patients to help them stratify their risk and decide if a procedure is in the cards.

The first patient I spoke to had ulcerative colitis and was due for her surveillance colonoscopy this month. Patients with ulcerative colitis may be at increased risk for colon cancer depending on how long they’ve had the disease; how much of their colon is affected; and how active their inflammation is. For my patient, although she’d been diagnosed with colitis 14 years ago (the colon cancer risk increases after about 8-10 years of disease), only the last 40 centimeters of her colon was affected, which correlates with a lower risk than someone with pancolitis where the majority of their colon is affected, and her disease was in remission both clinically (no symptoms) and endoscopically (no inflammation seen on the last colonoscopy). She was 37 with no family history of colon cancer or other risk factors besides the colitis. I told her she could wait until 2021 to have her colonoscopy but should let me know if she developed any signs of active disease like blood in the stool or diarrhea.

The next patient was a 62 year old woman who had a history of colon cancer 20 years ago when she was just 42. She’d undergone surgery to remove the cancer, and although the surgical margins were clear of any tumor cells, we’d been following her closely for years. Her last colonoscopy three years ago had shown 2 large (about 1cm each) pre-cancerous polyps which I’d removed completely. She was supposed to have come back for a follow up colonoscopy last year but got distracted taking care of her elderly parents in Florida. She called because she’d been passing blood and clots daily for 2 weeks. I always like to stratify risk in terms of what’s the most lethal possibility, and what’s the most likely. Fortunately, those are usually distinctly different possibilities, but in this case, there was definitely some overlap. Given her age, past history of colon cancer, pre-cancerous polyps on her last colonoscopy, and recent bleeding, I told her she should proceed with scheduling a colonoscopy ASAP. There were certainly other benign possibilities like hemorrhoids that could be responsible for the bleeding, but given her history, recurrent colon cancer definitely needed to be ruled out sooner rather than later.

My third patient was a 57 year old man with new onset of diarrhea and bloating. He denied any weight loss, blood in the stool, or significant abdominal pain and had no family history of colon cancer. He had undergone a screening colonoscopy when he turned 50 about 7 years ago which was unremarkable. Even though he was concerned about colon cancer, I told him that there were several other diagnoses that were more likely that needed to be excluded. We sent off stool studies to check for parasites and other gut related infections; blood work to exclude celiac disease; a lactose tolerance test, and a thorough review of his prescription and over the counter medications to make sure none of them were contributing to his change in bowel habits. He also complained of incomplete bowel emptying – also known as “tenesmus” and a classic complaint in people with diverticulosis. The stool studies and blood test were negative, so we decided to proceed with a virtual colonoscopy – a special CAT scan of the colon – instead of a colonoscopy as the next step, since his symptoms were not suggestive of colon cancer (new onset constipation would have been much more worrisome). The test gave us our diagnosis: extensive diverticulosis throughout his sigmoid colon. A benign but often bothersome condition seen frequently in developed countries like the US where people eat a diet high in protein and fat and low in fiber. We were able to dramatically improve his symptoms with changing his diet (less animals, more plants), and adding in a daily dose of psyllium husk fiber. With his bowel habits normalized and no evidence of any polyps or cancer on the virtual colonoscopy, I was able to reassure him that in the absence of new symptoms, he wasn’t due for his colonoscopy for another 3 years (10 years from the last one).

These days, a thorough risk-benefit analysis has to precede even everyday mundane tasks, like going to the grocery store or out for a walk. So too we need to carefully weigh risk versus benefit as we advise patients on how best to tackle their medical problems, especially in gastroenterology where the novel coronavirus has been detected in the fecal stream, and procedures require exposure to medical personnel who may have been in contact with sick patients. Proust said it best: The real voyage of discovery lies not in seeking new horizons, but in having new eyes. We need to make sure ours are wide open. 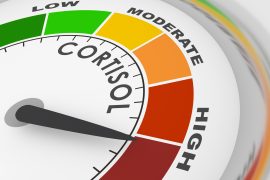 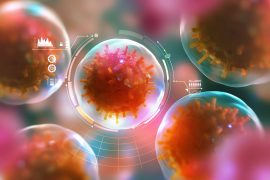 Tolerating Disease Versus Fighting It 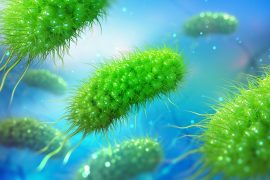 Microbes Could Predict Who Gets Severe COVID-19