A parasite is an organism that lives inside a host and depends on that host for survival. Three types of parasites can infect the human digestive tract: tapeworms, roundworms (or nematodes), and protozoa. 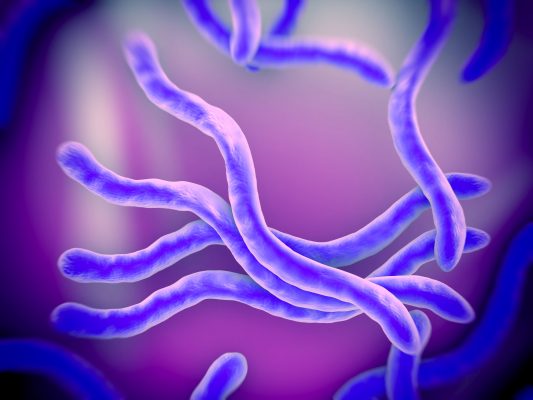 “Because parasites are widespread and because they are not always harmful, the key question for those who have concerns about parasites is not whether or not they have one, but whether a parasite is actually what’s causing their GI symptoms.”

They range in size from microscopic to several feet long and can stay in the intestines or invade other distant organs. Some of these parasites are harmless species that don’t lead to any problems, and chronic exposure to them can help build a health immune system and microbiome, while others can cause acute and chronic symptoms. The Centers for Disease Control (CDC) estimates that almost one third of us harbor parasites, even those who have never traveled far from home. Because parasites are widespread and because they are not always harmful, the key question for those who have concerns about parasites is not whether they have one, but whether a parasite is what’s causing their GI symptoms.

Many parasitic infections are asymptomatic, or the symptoms are short-lived and resolve on their own without treatment. Others like Giardia can cause long-term symptoms, can be difficult to eradicate, and symptoms can continue after the parasites are dead and leave the body.

Common symptom of parasitic infections include:

Sometimes these symptoms don’t resolve right away after treatment and may require several rounds of therapy, particularly if your nutritional status is not ideal. Parasites can also steal the nutrients in your food, consuming them before they are transported to your cells, leading to chronic malnutrition. As many as one third of patients with irritable bowel syndrome (IBS) develop symptoms after an acute infectious event like traveler’s diarrhea or food poisoning—referred to as post-infectious IBS. Although it’s unclear if it’s the actual infection that causes the symptoms or the microbial imbalance that develops afterwards. Parasites have also been implicated in some other poorly understood conditions, many of which occur in tandem with IBS, like fibromyalgia and chronic fatigue syndrome. Parasites can live in your body undetected for years. Overwhelming parasitic infestation can cause dysbiosis by crowding out essential bacteria and can also lead to leaky gut if the parasites take root in the lining of the digestive tract and compromise the barrier function.

The two most common parasites that can take up residence inside the human body are Cryptosporidium (Crypto for short) and Giardia. Crypto oocytes that transmit infection are usually spread through feces and are small enough to pass through some water filtration systems, are resistant to chlorine and disinfectants, and can survive in municipal water facilities. Elderly and immune-compromised individuals are particularly at risk. Giardia is commonly acquired by swallowing Giardia cysts in contaminated food or water. Transmission is person-to-person or animal-to-person, with some cases being transmitted from dogs and other pets. Oral-anal sexual contact can result in high transmission rates. Some of the other most common intestinal foodborne parasites in the United States include:

The most common intestinal parasites worldwide include:

Stool sample analysis (stool is analyzed for the presence of certain parasites and their ova, or eggs) is the best way to test for and diagnose parasitic infections. If you think you have a parasite, make sure your specimens are sent to a reputable lab that has a good track record for parasite diagnosis. If the first test doesn’t show anything and you’re still convinced you have one, get a second opinion. Large commercial labs commonly find positive results for bacterial infections but are often not equipped to detect parasites. Seek out specialty labs run by an infectious disease specialist that focus exclusively on parasites. If your stool sample does not test positive for a parasite, and you are still convinced you have one or would like to investigate your symptoms further, other tests that are used to diagnose parasites and other complications that cause similar symptoms are:

Some patients with parasites are misdiagnosed as suffering from irritable bowel syndrome (IBS) without anyone ever considering that a parasite may be at the heart of their symptoms. (Note: That’s different from being told you have post-infectious IBS, where the contribution of a previous infection is recognized).

If you think you have a parasite, it’s always better to get diagnosed and figure out if you really do, and if so, which specific one, to choose the right treatment. The treatments can differ dramatically, from single dose over-the-counter cures to weeks of prescription medication.

In the absence of a diagnosis, beware of signing up for Internet cures that may or may not work and could have unpleasant side-effects you hadn’t bargained on. You may ultimately need to see an infectious disease specialist or someone with expertise in parasitology. Be sure to ask when you make the appointment if they’re familiar with diagnosing and treating parasites.

Should you treat your parasite?

Figuring out how and if to treat parasites is often a grey area. In the medical literature, for example, Blastocystis hominis is often described as a harmless pathogen that doesn’t need to be treated, but alternative medicine practitioners frequently recommend therapy. A positive stool test for Blastocystis hominis is usually a sign that a patient has been exposed to other parasites as well and treating them if they have symptoms almost always leads to improvement. If there really seems to be no other explanation for the GI symptoms other than Blastocystis, we usually treat it, but try to avoid standard therapy such as the antibiotic Metronidazole in favor of a more holistic approach using probiotics for eradication. Keep in mind that treatment isn’t always a good idea for some of these hard-to-categorize parasites, because the antiparasitic agents frequently have antibacterial effects, which if taken often enough, can substantially wipe out essential bacteria and worsen dysbiosis.

Another important consideration when deciding on treatment options for a parasite is that not all parasites are bad; less childhood exposure to bacteria and parasites in affluent societies like the United States and Europe actually increases susceptibility to disease by suppressing the natural development of the immune system. In fact, studies have suggested that some parasites, especially helminths like hookworm, can be an effective therapy for Crohn’s and other diseases that involve a heightened immune response by dampening the immune system and improving symptoms.

There are lots of natural remedies too, including things that may already be in your kitchen, like garlic, black walnuts, papaya seeds, and cloves. Wormwood tea is effective against many parasites and can be brewed at home, but it’s not without side effects, including sleep disturbances and potential for organ damage.

If you’re exposed to a parasite, the likelihood of whether it will inhabit your digestive tract and cause symptoms is, like other types of infections, related in part to how healthy your immune system is. A healthy immune system starts with a nourishing and balanced diet and is one of your best defenses for preventing and eliminating these uninvited guests.

Follow these solutions to minimize your risk of parasitic infections: