Small intestinal bacterial overgrowth (SIBO) is a disruption of the natural balance of bacteria in the digestive tract, where more pathogenic species overgrow and essential (“good”) bacteria are underrepresented. 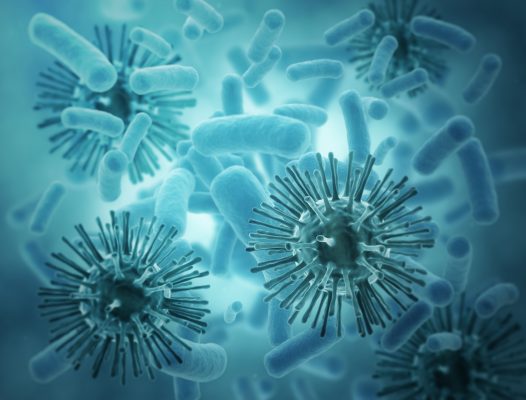 “The best treatment for SIBO, like other forms of bacterial imbalance – or dysbiosis – is rehabilitating your microbiome.”

Symptoms of SIBO include:

Antibiotic use is a major cause of SIBO, but impaired bowel motility and partial bowel obstruction that result in stasis of intestinal contents, and acid suppression that creates a hospitable environment for bacteria to overgrow, are also risk factors. Onset of SIBO often occurs following a severe GI infection, in the setting of antibiotics and acid suppressing drugs.

SIBO is tested by administering a hydrogen breath test during which a solution is consumed containing glucose, which pathogenic bacteria breakdown into hydrogen and methane gases; hydrogen levels are measured to determine bacterial overgrowth. Although breath tests can be useful, they are unreliable. A clinical diagnosis based on history, physical exam, and signs and symptoms is the best way to diagnose SIBO.

Some physicians treat SIBO with an oral antibiotic called Rifaximin (also known as Xifaxan). The theory is that because Rifaximin has activity against a broad spectrum of bacteria that are overgrowing in the small intestine, using it to reduce their populations should lead to an improvement in symptoms. And it frequently does. Unfortunately, Rifaximin, like all antibiotics, also has activity against essential bacteria and diminishes that population, too. The result is usually an initial amelioration followed by relapse a few months later.

Treating dysbiosis can be complex and highly individualized. The Gutbliss 3-pronged approach that involves Avoidance, Encouragement, and Repopulation, proves successful in many individuals suffering from dysbiosis:

It may take several months, or if you have severe dysbiosis, even years before you see meaningful results, but this approach offers the possibility of a real cure. It took a lifetime to build your microbiome, therefore getting it back to a state of bliss is a gradual process, but with this 3-pronged approach, tangible improvements can almost always be made.