Gallbladder – Leave It In Or Take It Out?

Rose was in a big hurry when she came to see me. Gallbladder surgery was looming on the horizon based on a test (HIDA scan) that showed a poorly functioning organ, and she needed answers fast. Her symptoms were pretty mild and non-specific: bloating, a feeling of fullness after eating, and vague abdominal discomfort, but as I read through her initial food journal, I tried to maintain a neutral expression. She had been having a cheese Danish with a latte for breakfast, a turkey and provolone sandwich for lunch, and steak, chicken, or cheese pasta for dinner, with ice cream for dessert. Occasionally she’d have an apple for a snack, but usually it was a chocolate bar, cookies, or frozen yogurt.

I’ve seen lots of food journals in my time (and mine certainly isn’t always pristine), but Rose’s was Exhibit A for what not to eat if you have a sick gallbladder. I say “sick” and surgeons say “diseased” because they’re often interested in making a case for removing it, and I’m usually interested in making a case for improving it. Rose was bloated and frustrated, and she had just been told that she needed to have her gallbladder removed ASAP.

To her credit, she was also totally game for the massive dietary overhaul I recommended, and she fully embraced the food as medicine philosophy behind trying to rehab her ailing organ. She was conscientious about getting in the 6 cups of leafy green veggies I asked her to eat every day, and about trimming the fat from her diet – not just meat but the butter and cheese that she was eating multiple times a day.

Within about 2 weeks Rose was feeling much better. She could get through a whole meal without any pain at all and was experiencing only an occasional twinge of discomfort if she ate a really big dinner. She fell off the wagon a bunch of times, but was able to turn it around and get her symptoms back under control within a few days. Still, it was a little unbelievable to her, this direct association between what she was eating and how she was feeling. It felt like some sort of magic trick. About six months into the dietary changes we repeated the HIDA scan, which showed that her gallbladder function was now well within the normal range. The magic was working!

If you think your gallbladder may not be functioning properly, by all means see a doctor and get an ultrasound, HIDA scan, or any other tests or blood work he or she might recommend. If your problems are more pressing—fever, severe pain, tenderness, abnormal lab values—and you’re told that your gallbladder needs to come out, that’s probably sage advice. But if you’re like Rose, consider the possibility that your gallbladder itself may not be the true culprit – but what you’re feeding it might be. Changing what you eat and how you live is hard, but paying attention to the feedback your body gives you – what makes it feel good and what doesn’t – can be a really helpful roadmap, particularly when it allows you to hold on to your organs. 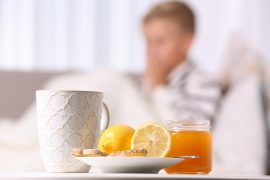 Ditch Meds For Respiratory Infections; Try This Instead 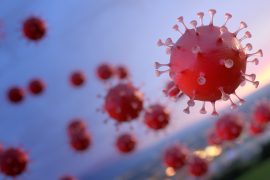