→Takeaway: “If you pass small stools, you have big hospitals,” Denis Burkitt, an Irish missionary-surgeon during WWII, said as he described the differences between Uganda and America. Small stools are indicative of low fiber diets, and as Burkitt pointed out, increased disease. If you do just one thing for your health, do this: Eat. More. Fiber! Women and men should consume approximately 25 and 38 grams respectively of fiber daily. Hit this number and then some, with whole food vegetables and fruits, nuts and seeds (including quinoa), as well as gluten free whole grains such as brown rice, millet, and amaranth. Start today and never stop, for your health and the health of future generations.

BONUS: Studies show that people lose as much weight by eating more fiber alone than by following complicated diets. If you’re looking to lose weight, increase your fiber intake. And don’t be shy! Populations with some of the most diverse gut microbiota eat as much as 100 grams of fiber daily. A great way to begin is to track your current daily fiber intake, then increase it by 5 to 10 grams each week (and be sure to drink plenty of water to keep things moving in the bathroom!). As stated above, the best fiber comes from whole foods, so avoid packaged fiber and opt for veggies and fruits, with some nuts, seeds, and gluten-free whole grains. Annals of Internal Medicine 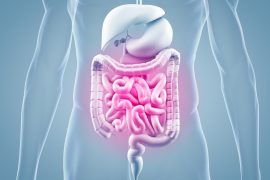